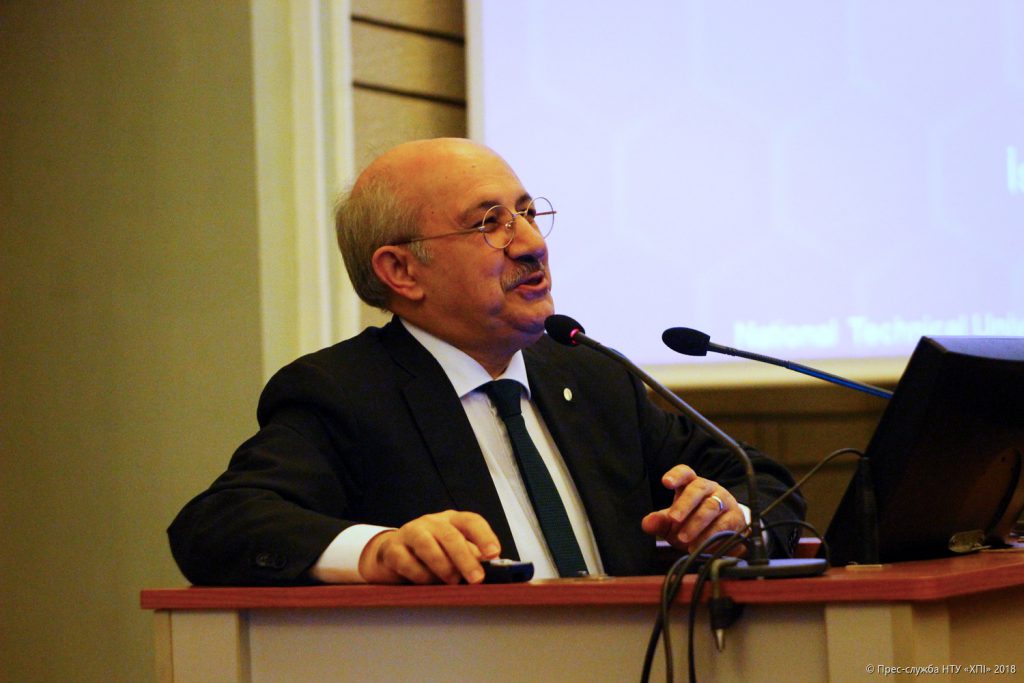 On February 2, the rector of Istanbul Technical University (İTÜ) Prof. Mehmet Karaca and other representatives of the Turkish university held several meetings with the scientific community of the Kharkiv region at NTU “KhPI”. Kharkiv scientists presented their developments and a well-known researcher in the field of meteorology Prof. Mehmet Karaca, the rector of Turkish University, delivered his lecture about the University of Tomorrow. The events were held within the framework of  The Ukrainian–Turkish Coordination Center for Scientific and Technical Research opening at NTU “KhPI”.

Visiting the History Museum of NTU “KhPI” was also on the agenda of the day. The excursion was arranged for the delegation from Istanbul Technical University highlighting the basic events and achievements of the Kharkiv Polytech. At the end of the excursion the rector Mehmet Karaca wrote his appreciation for the museum in the Book of References.

The meeting of the rector of Istanbul Technical University, Prof. Mehmet Karaca with the students and scientists in Kharkiv was held at the same day. The rector of İTÜ delivered the lecture on the subject “University. Changes. Transformations. The Future”. The lecture anticipated the attention of Kharkiv students, teachers and scientists and was delivered within the framework of the project of NTU “KhPI” “Meeting Successful People”.

More pictures of the visit of Turkish delegation paid to NTU “KhPI” on February 1-2 can be found on the page of press-service of NTU “KhPI” in the Facebook.

Professor, Dr. Mehmet Karaca has been rector of Istanbul Technical University since August 2012. He graduated from the Department for Liberal Arts specializing in Meteorology (Istanbul Technical University). He defended his master’s degree and the doctor of sciences at the University of California. Los Angeles (1985, 1991). He is an academic counselor to the National Geographic-Turkey and the member of the Prize Awarding Committee for the Elginkan Foundation Science and Technology. The scope of his scientific interests embraces the atmospheric and oceanic simulation, climatic changes, paleooceanography, natural disaster management and the air quality simulation.