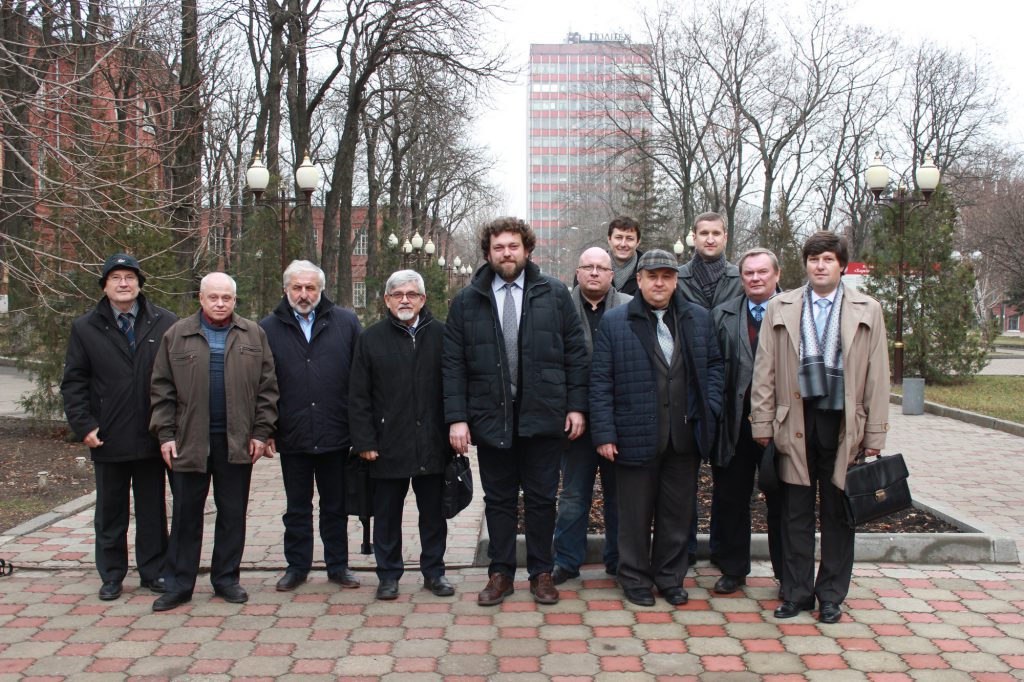 Roundtable discussions were conducted at NTU “KhPI” within the framework of the Ukrainian–Czech project “Development of the International Cooperation with the Ukrainian Institutions of Higher Education in the Field of Power Engineering and Transport”. The participants were the representatives of the Western-Czech University (Západočeská univerzita v Plzni), National Technical University “Kharkov Polytechnic Institute”, Odessa National Polytechnic University, Sumy State University and Vinnitsa National Technical University.

This is the second meeting of Ukrainian and Czech Universities. The first Roundtable discussions were conducted in the Czech Republic at the end of October 2017.

The goal of this event is to intensify the cooperation between the universities in all possible fields of science and education, in particular working out the plan of activities for 2018 within the framework of the project “Development of the International Cooperation with the Ukrainian Institutions of Higher Education in the Field of Power Engineering and Transport”.

At opening Roundtable discussions the pro-rector of NTU “KhPI” Gennadiy Khrypunov noted that the Polytech is pleased to be the location for such an event. The participants listened to the reports on scientific developments delivered by many departments, including the departments for Steam Generator Engineering and Material Science, Mechanical Engineering Technology, Metal Cutting Machine-Tools, Engineering Electrophysics and the Theoretical Basics of Electrical Engineering

During this visit the representatives of Czech delegation visited some departments of the Polytech to see more of their developments. They also visited the museum and some other places of interest.

The meetings and discussions were finalized by the conclusion of the following agreements:

In addition, according to the Protocol of the Joint Ukrainian–Czech Committee on the Scientific and Technological Cooperation the competitive tender of joint research projects suggested by Ukraine and the Czech Republic will be announced. Among the priority spheres are information technologies, power engineering, ecology and the use of natural resources; biotechnologies, new substances and materials, contemporary mechanical engineering, etc. It should be noted that all the participants of Roundtable discussions that will be conducted at NTU “KhPI” plan to participate in this competitive tender of projects.

The setting up of Joint Ukrainian-Czech Committee on Scientific and Technological Cooperation is provided for by the Agreement concluded by the Cabinet of Ministers of Ukraine and the Government of the Czech Republic for the Scientific and Technological Cooperation that was ratified by the Supreme Council of Ukraine in May 2017. The second sitting of the Committee is planned to be held in Kiev at the end of 2018.

The Western Czech University (city of Plzni) (Západočeská univerzita v Plzni) is the State University that was founded in 1991. At the present time it includes 8 departments and one University institution. It suggests university entrants to study in such fields as technology, human sciences, jurisprudence, pedagogy and the art. The languages of teaching are the Czech language and English.