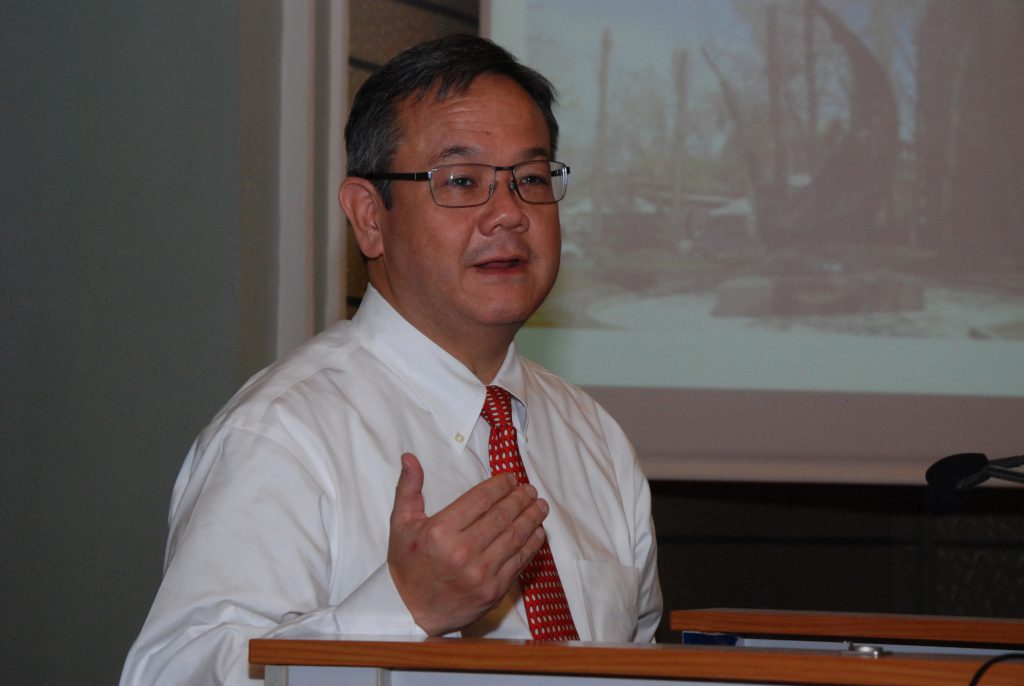 An expert in the financial sphere Charles Whitehead delivered a lecture on the following subject matters: practical aspects of the commercialization of developments, capitalization of the objects of intellectual property, regular presentation of own developments to the investors and foundations, patenting in the USA, etc.

The employees of NTU “KhPI” also took the floor within the framework of this event, in particular Ruslan Krivobock, PhD and deputy chief of the Research and Design Department of the University and Prof. Eduard Simson, a representative of the Industrial “UPEK” Group from the Department for Continuous Media and the Strength of Materials”.

Based on the results of this meeting and due to the cooperation of the scientists from Kharkov with the Ukraine Phoenix Venture Capital Fund the catalogue of investment-attractive innovation developments submitted by our scientists will be presented to potential investors from the USA.

We would like to remind you that Сharles К. Whitehead, a well -known financial expert and a representative of the Venture Fund paid a visit to NTU “KhPI” in spring 2017 and he gave the cycle of lectures to post-graduate students and research workers and in July he had a meeting with the scientists of NTU “KhPI” to discuss the issues of the commercialization of scientific developments.

Reference: Сharles К. Whitehead is an American banker and an expert in financial markets, business –transactions, financial instruments of the investments, and the capitalization of intangible assets.

Sphere of interests: capitalization of the objects of intellectual property, creating the innovation structure in Ukraine that involves the scientific potential of Ukraine into the international environment of the commercialization of scientific developments, and setting up the venture fund.

Some business –positions: a member of the Court of Appeal, the USA, Managing Director for Nomura Securities International, Inc. (New York), member of the Board of Directors for Salomon Brothers and manager of the Bank Committee (CitiBank, CitiGroup).