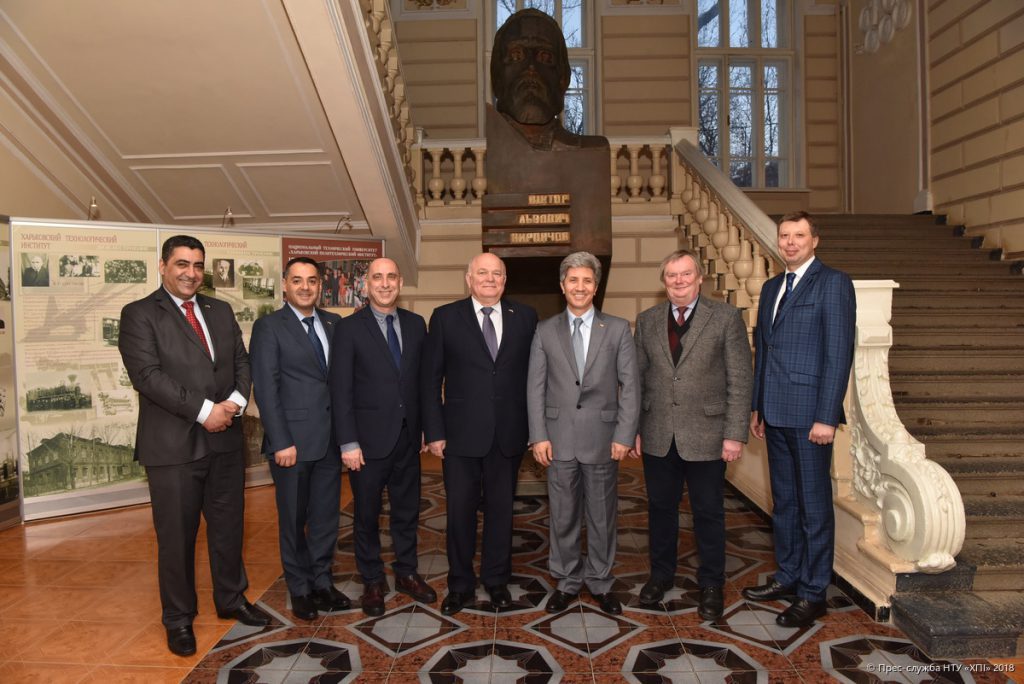 Extraordinary and Authorized Ambassador of the Republic of Lebanon to Ukraine Ali Daher visited NTU “KhPI” on March 22.  The purpose of this visit — to discuss actual issues of the education of Lebanese citizens at the Kharkiv University and the cooperation opportunities of KhPI with Lebanese universities.

Lebanese delegation headed by Ali Daher was also represented by the employees of the Embassy Tony Jemal and Ali Hidar.

The pro-rector Andriy Marchenko welcomed the guests on behalf of Evgen Sokol, the rector of NTU “KhPI”, and described in detail the international activities of the university. “Our university actively works with foreign citizens. A number of Lebanese students is continuously increasing and today more than 80 students study at our University. It should be noted that the management of the university highly appreciates the cooperation with the Lebanese Party and with Dr. Shahin Issam, in particular. He works with the students from Lebanon, enrolls them and supervises their studies”.

The Ambassador of the Republic of Lebanon to Ukraine Ali Daher noted that the development of cooperation with KhPI is of great importance for him from the standpoint of the high level of education given by the university. “We consider KhPI as the University No 1 for Lebanese students that study engineering specialties. Some Lebanese citizens that graduated from KhPI achieved great results and they hold today positions of influence at the Ministries of the Republic of Lebanon. We plan to cooperate in the promotion of students to the University, extend contacts of KhPI with the universities in Lebanon for scientific exchanges and the internships”— said Ali Daher.

According to Dr. Shahin Issam, a number of specialties available for the choice to foreign students has increased.  “One of the most popular specialties is oil and gas production; therefore more English speaking groups are set up. When preparing Lebanese students for the studies at the university, we make every effort to pay attention not only to the number of students but also to the quality of their knowledge.

As of the beginning of 2018 eighty three students from Lebanon study at NTU “KhPI” (51 students study at full-time and extramural departments and 32 students take the preparatory course). Over the last 5 years thirty five students, the citizens of Lebanon graduated from KhPI.