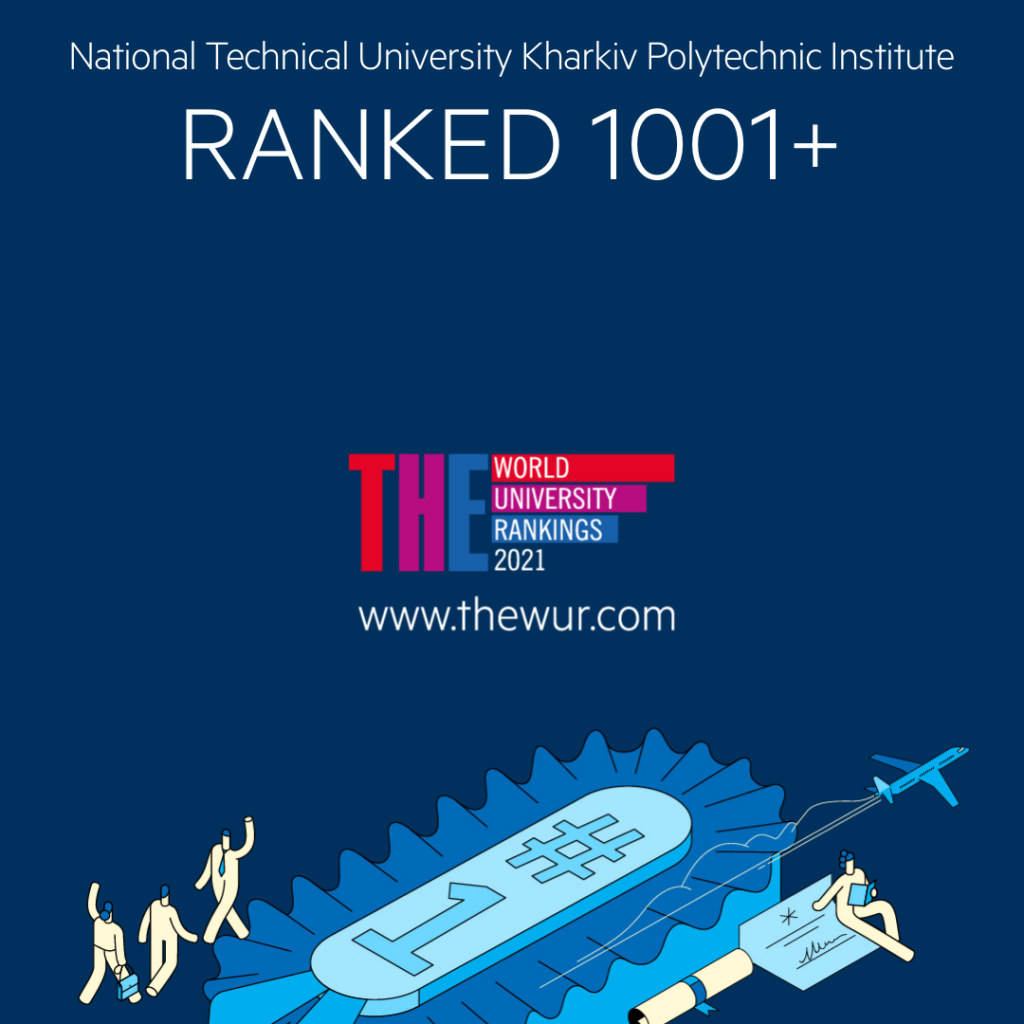 NTU “Kharkiv Polytechnic Institute” got into the annual World University Rankings 2021 of the British Agency Times Higher Education. For the second year in a row, the Kharkiv Polytech holds position 1001+ of this authoritative list of the best world universities. On the whole, these Rankings include more than 1500 universities across 93 countries of the world and nine of them are Ukrainian universities.