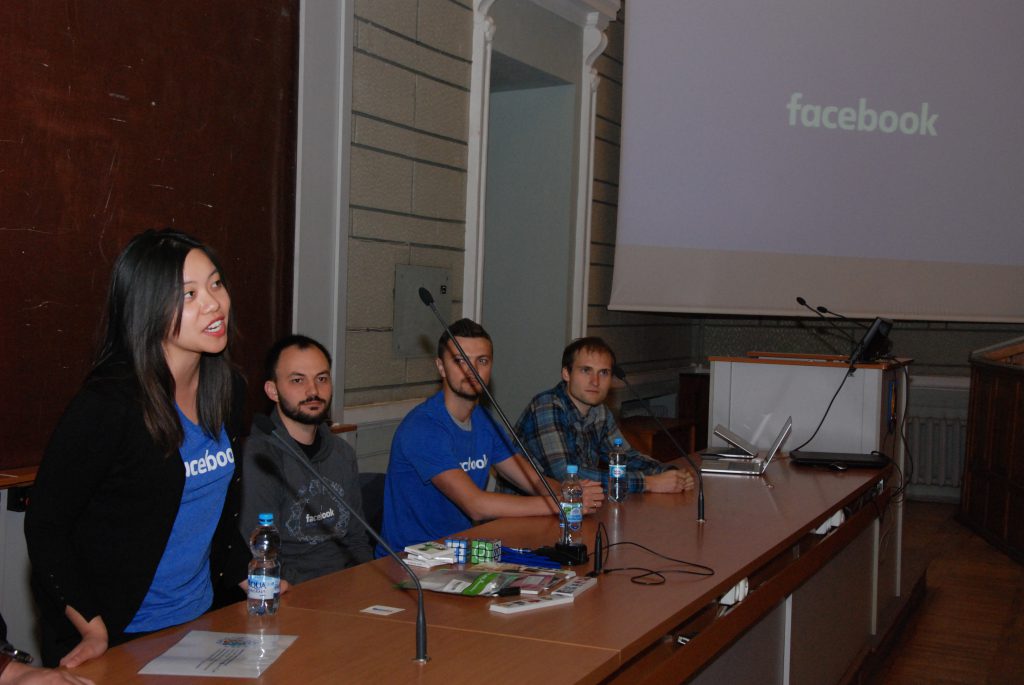 NTU “KhPI” held the meeting with the representatives of the Facebook Company and the students and teachers of the university. About two hundred people that gathered in the auditorium of the main building of the university were given the in-depth information on the company social network structure. Facebook programming engineers described the main points of their work-starting from the technologies and missions through to the employment and they presented also their corporate logos.

Representatives of the company noted that Facebook is more than just a web site, it’s a complex dynamic application used by more than 2 billion people worldwide and the main mission of the Company is to Bring the World Closer Together.

The presentation was in English and it highlighted the following issues:

They spoke about the peculiarities of programming and touched upon the issues of “inner workings”, in particular the problems and their solutions related to the operation and support of basic systems that provide the site operation.

In addition to technical matters the participants spoke about the specific features of work as a part of the Facebook team, in particular how to become an employee of the company. At the end of the meeting the quiz was held to check the knowledge of students of the operation of social network and the Internet on the whole.