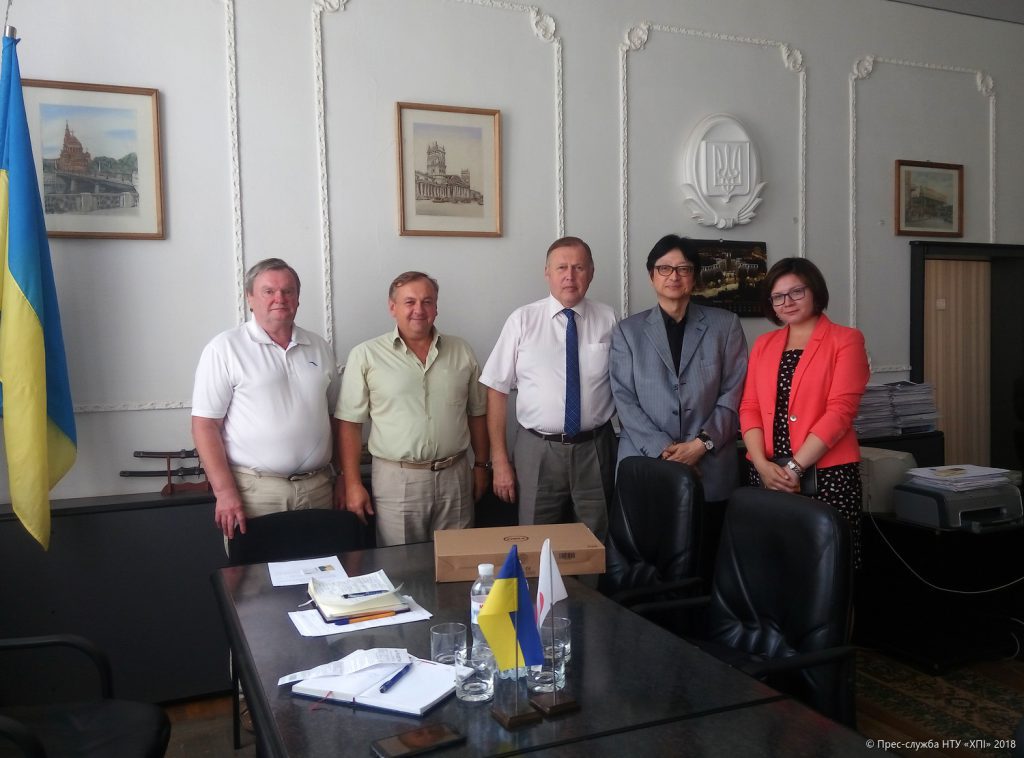 The Japanese delegation paid a visit to NTU “KhPI” for the purpose of extending contacts, familiarizing with the scientific and technical activities of the university and developing cooperation. It was headed by Masaru Tanaka, the advisor to the Minister of Finances in Ukraine.

The representatives of Japan held a number of meetings with the management of NTU “KhPI”. Masaru Tanaka thanked the administration of the university for the fruitful cooperation and the courses of Japanese language attended by the graduates of IT specialties at KhPI. The academic year was successful for one student that was employed by the Japanese IT-Company. We are happy that this academic year will also enjoy this language course”— said Masaru Tanaka. He also expressed his readiness to assist in the participation of Japanese companies that work in Ukraine in the Career Fair of KhPI.

Rector Yevgen Sokol noted that Polytech will enjoy the opportunity to provide a large variety of vacancies for the students of the university with the Master’s degree that are going to get their diplomas this winter.

During the meeting Mr. Masaru Tanaka and Rector Yevgen Sokol discussed the issue of establishing contacts with Japanese companies, organizations and the universities to get an idea of the system of education, standards of learning and technologies. “We are ready to cooperate with the designated organizations of Japan. It is also reasonable to establish contacts with the Japanese Engineering Universities. We know a lot about European and American education and we would like to learn more about the Japanese system of education. It will allow us to improve Japanese language courses at KhPI and make mutual relations more effective”— said Yevgen Sokol.

The representatives of Japanese delegation were also given a tour around the Polytech campus. In particular, they visited the Arsenal of Ideas of Ukraine/ Space of Ideas: Science&Museums of NTU “KhPI”, where different lectures and master-classes are given for children and schoolchildren, including those with special demands.