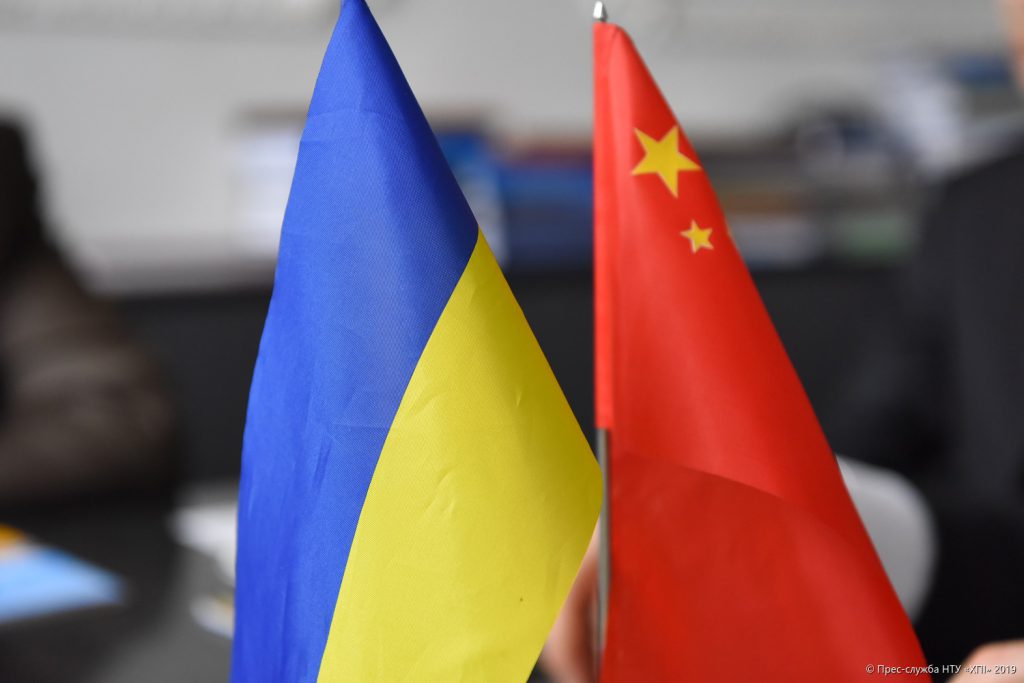 The representatives of the Ukrainian subsidiary of Chinese Company “Zhejiang Golden Egg Science and Technology Co, LTD”, in particular, the director Chang Shichao and the manager Bogdan Andriushchenko visited the National Technical University “Kharkiv Polytechnic Institute”. The purpose of this visit was to get acquainted with the University and conduct negotiations with the management of KhPI on the prospects of cooperation in the field of science and technology.

The participants of this meeting were Yevgen Sokol, rector of NTU “KhPI”, Gennady Khrypunov, prorector of the University and Oleksandr Goncharov, chief of the Department for International Relations.

The talks began with the presentation of Polytech by Yevgen Sokol, rector of the University. He talked about the basic areas of KhPI in the field of education and science and he mentioned the cooperation with the Harbin Polytechnic University. “We are also interested in the development of cooperation with Chinese companies. It is very important for us to maintain mutually beneficial business ties. We hope to find common grounds for our cooperation in the future, because Kharkov Polytech has many scientific schools and developments that can be realized, for example, in the field of IT technologies, biomedical technologies, etc”,- said Yevgen Sokol.

In his turn, Chang Shichao, director of the Ukrainian subsidiary of “Zhejiang Golden Egg Science and Technology Co, LTD” gave some interesting facts about the firm: “Our Company with its seat in China actively teams up with Ukrainian scientists and scientific and educational institutions. We are involved in the issues of high-tech equipment, we search for Chinese partners for Ukrainian institutions, and we act as the investors and co-investors for the commercialization of science-intensive projects. Today, we are interested in the extension of the circle of our partners in Ukraine”.

Prorector Gennady Khrypunov noted that in order to give start for cooperation it is desirable to define the scientific areas that are of concern for both parties: “We are going to present to you the scientific developments of KhPI scientists thus providing for you an opportunity to look into the topics of concern. In this way, we will gradually come to the appropriate level of our cooperation. The “mirror” laboratories (one in China and one in KhPI) are one of the promising lines of our cooperation. It will allow us to join our efforts in presenting the developments required by the world technology market”.

At the end of the meeting, the Parties agreed to start work on the preparation of cooperation agreement.

“Zhejiang Golden Egg Science and Technology Co, LTD” was founded in August 2016 in the city of Hángzhōu (Zhejiang, P.R.C.) Later on in 2017, Chinese-Ukrainian Industrial Center for Artificial Intelligence and Chinese-Ukrainian Aerospace Institute were set up in Hángzhōu. In February 2018, the subsidiary company was set up in Kiev.