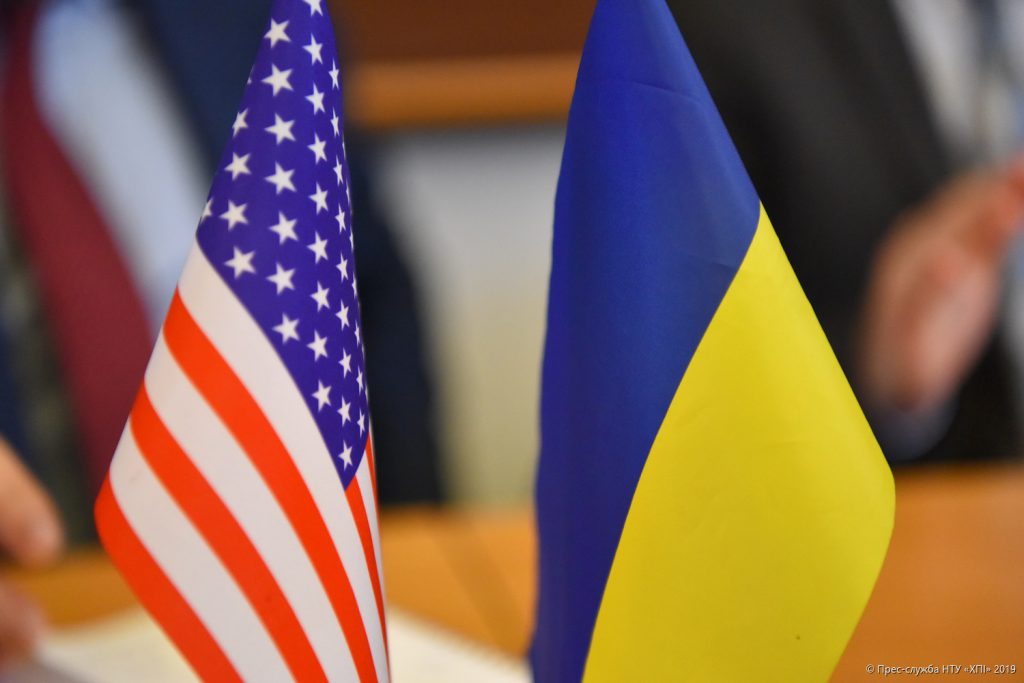 Kharkiv held the ceremonial opening of the eō Business Incubator that would operate at NTU “KhPI”. The purpose of this incubator is to provide the mentor support both for regional and nationwide startups and share the technologies used for the promotion and financing of the products to home and international markets. The USAID Competitive Economy Program in Ukraine (CEP) provides financial and technical support to the eō Incubator project in Kharkiv. The platform was presented today on April 5, 2019 at the Kharkiv House of Scientists and the National Technical University “Kharkiv Polytechnic Institute”.

The participants of this event were the rectors of the Universities, the managers of Academic Research Institutes and the Centers, the representatives of Kharkiv IT society, future start-up teams that will compete for the opportunity to come into the eō Incubator society, public and entrepreneurship authorities, students, teachers, researchers and  the scientists.

The speakers at the solemn opening of the Kharkiv eō Business Incubator were director of the Department for Economic Growth of the US Agency for International Development (USAID) Mr. Farhad Gaussi, chairwoman of the Kharkiv Regional State Administration Yuliia Svitlychna, deputy minister of the Ministry of the Science and Education of Ukraine Maksym Strikha, director of the program The USAID Competitive Economy Program in Ukraine (CEP) Mr. William Seas, chief manager of the education at Sensorama Academy Uliana Avtonomova, co-founder of the eō Incubator, Prof. at Cornell University, a representative of the venture foundation Ukraine Phoenix Venture Capital Fund Charles Whitehead, coordinator of the eō Incubator in Kharkiv Eduard Simson, rector of NTU “KhPI”, Prof. Yevgen Sokol, and a representative of the Rectors’ Council for the Kharkiv Region rector of V.N. Karasin Kharkiv National University Vil Bakirov.

In her speech, the governor of the Kharkiv Region Yuliia Svitlychna stressed that this initiative is aimed at the development and support of the Ukrainian science.

“We should create all appropriate conditions to make it possible for Ukraine to nurture all smart ideas. And this Business Incubator was set up to provide an opportunity for the scientists to make progress, teach them how to present their ideas in a proper way, how to bring in the investments and real financing. From now on, we have an opportunity to support our scientists starting from their ideas through to the realization of end products”- said the chairwoman of the Kharkiv Regional Administration.

Director of the Department for Economic Growth of the US Agency for International Development (USAID) Mr. Farhad Gaussi informed the participants that this Business-Incubator is the part of The USAID Competitive Economy Program in Ukraine (CEP) whose budget is $42 million dollars and the purpose of it is to promote the development of the startups and technological solutions.  “eō-incubators will assist the entrepreneurs and experts involved into the development of technologies in converting their ideas into the companies with help from mentors.  These mentors are well known, in particular they are the veterans of the Silicon Valley that achieved great success and now they would like to share their experience and help the Ukrainian community to move forward. These mentors are not only from the USA, they represent Europe, Middle East and Ukraine” – stressed the speaker.

“It is the second Incubator and on these days one more incubator is opened in Kiev. On the whole, the start has been given to this movement. Why does the Kharkiv Polytech become the harbor for it? The answer is quite simple – because the incubators nurture the ideas of young scientists, particularly young scientists can generate new idea. The universities are the hubs that have an ample amount of smart young people. And it is of great importance that this incubator is created at KhPI, however not only for KhPI but for all Kharkiv Universities and academic institutions. An important point is that the Incubator is supposed to become the center of attraction for all middle and small ventures” – noted Maksym Strikha, the deputy minister of the Ministry of Science and Education of Ukraine.

Rector of NTU “KhPI” Yevgen Sokol stressed that the creation of the Incubator is a key aspect for the development of innovations that are a motive force of the activities carried out by the Kharkiv Polytech. In the first turn, the scientists will be able to work towards the improvement of their ideas and in the second turn, they will be able to get a professional assistance of skilled mentors. Yevgen Sokol thanked all the participants of the project. “Undoubtedly, Charles Whitehead and Eduard Simson covered a lot of ground. In recent years, they were promoting this idea to realize it particularly in Kharkiv. Our young people act as the motor that efficiently generates the ideas and today they know how to turn their new ideas into reality. If we take as an example the activities of KhPI over the past year, we can proudly say that our graduates also worked for the Silicon Valley and they managed to create startups that were sold in the USA for big money. However, that was a desperate measure. Today, we open the Incubator that will provide an opportunity both for young and experienced scientists to realize their developments and scientific achievements. I have no doubts that this project will be successful” – emphasized Yevgen Sokol, rector of NTU “KhPI”. He also mentioned that with support from the minister of education and science of Ukraine Liliia Grynevych the funds were allocated for the construction of the site for the eō Business Incubator at NTU “KhPI”.

“Eō Business Incubator will start its activities in Kharkiv in the middle of May on the base of “Window on America” and by the end of the year it will have moved to the new equipped premises of the College for Computer Technologies of the National Technical University “KhPI”. Open-space premises of the Incubator will be equipped with special equipment and furniture procured through the CEP program (on the grounds of the Memorandum on Joint Support concluded between CEP and the Ministry of Education and Science (MES) of Ukraine.

The Incubator will be the site for startup teams in Kharkiv and also for the students, teachers and scientists of the Universities and the National Academy of Sciences of Ukraine. The eō Business Incubator will select the projects related to a broad spectrum of technologies, including mechanical, chemical, electric and space engineering, pharmacology, medicine, information technologies, artificial intelligence, block chains, etc. The tenders for the selection of the projects will be held on a competitive basis.  An application for the participation in the project can be filed here: www.eo.in.ua.

Innovative eō Business Incubators are an important instrument for the commercialization of scientific developments.  The authors of new developments and technologies will set up here new high-tech companies in cooperation with the Universities that presented their developments under the tutelage of international mentors and consultants and the authorized capital of such companies will include intellectual property rights.

A specific feature of the Innovative eō Business Incubator is that it becomes the part of International innovation ecosystem and it is aimed not only at the “youth startups” and IT (as many already available are), but also at the commercialization of the fundamental and technological developments of the Universities. International mentors of the eō Incubator, innovation managers and lecturers involved in Kharkiv standups will assist the developers in designating their Product, searching for the markets for it, working out the business plan for the startup, making demo-day presentations and using other sites for the attraction of investments.

The eō Business Incubator project is the part of the USAID program “Competitive Economy of Ukraine” that supports the startups, small and middle ventures and helps to increase their competitive advantages at home and international markets, supports the creation of favorable and transparent business environment and promotes the development of an efficient commercial policy.

USAID (United States Agency for International Development) is the Central Agency of the Public Administration of the United States of America in the Field of Providing Assistance Abroad.  In compliance with its Charter, the key areas of the activities of this Agency include the support of trade, agriculture, economic growth, health protection, emergency humanitarian aid, assistance in conflict prevention and support of democracy.