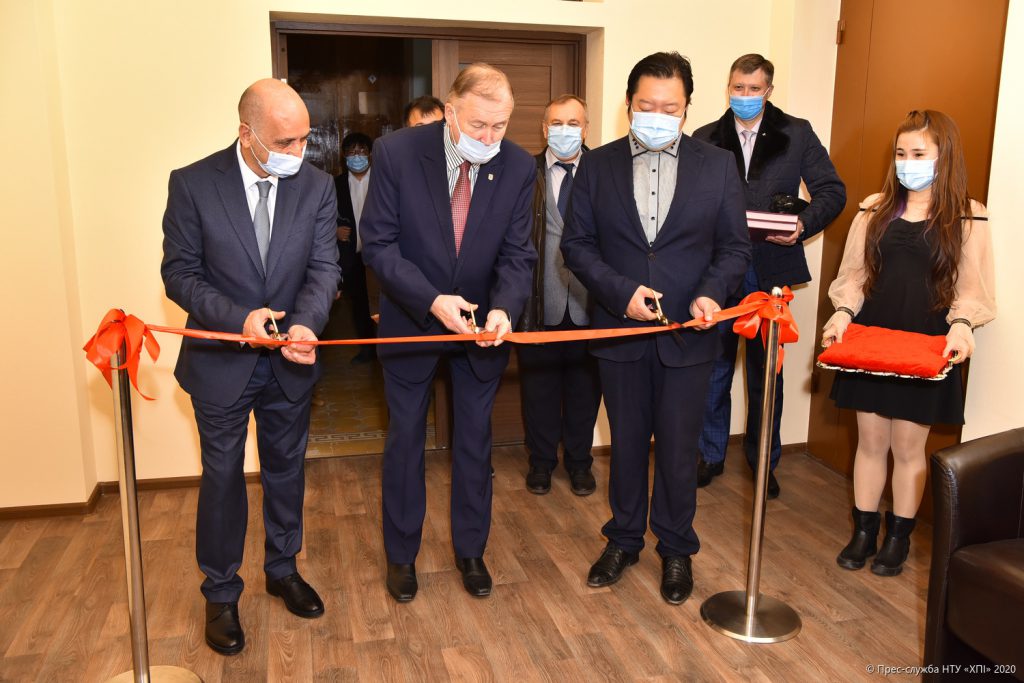 “You must be sure that by entering KhPI you will receive a good specialty and good knowledge. This is very important. This is the basis, thanks to which you will be able to build a wonderful career, returning to your homeland. Here, at KhPI, we are trying to create all the conditions so that, being far from your home, you feel warmth, support and benevolent attitude within these walls,” — said Yevgen Sokol, acting Rector of NTU “KhPI”, to the Arab and Chinese students.

The opening of the Ukrainian-Chinese Scientific and Educational Center was accompanied by a tea ceremony, in which everyone could take part. According to the organizers, the task of the Center is to intensify cooperation in educational and scientific fields between Kharkiv Polytechnic University and universities of the People’s Republic of China (PRC). It aims to work with graduate students and masters from China. In particular, there will be a selection of Chinese students for admission to the master’s degree program of NTU “KhPI” and preliminary online testing in English. In addition, since the universities of the PRC are interested in preparation of professional scientific and pedagogical personnel, representatives of the Center will select Chinese graduate students to study at KhPI, test their knowledge of the English language, select scientific advisors and organize an online interview. Topics of the dissertations will be coordinated with the scientists of the Chinese universities, so the research is of interest to the Chinese side. Such an approach will facilitate the realization of Ukrainian-Chinese scientific partnership projects.

Issam Shahin, the assistant to the Rector of NTU “KhPI” on issues of work with the students from the Middle East, spoke on the other center — the Ukrainian-Arabic cultural and educational center. According to him, the main goal of the Center is to become the “Arab House in KhPI”, the meeting point for Arab students of KhPI, where they will be able to catch up with their compatriots, find out news about the native country, get consultation or special help. At the moment about 400 people from Arab countries study at KhPI. Among these countries are the following: Iraq, Egypt, Morocco, Palestine, Libya, Syria, Lebanon, Yemen, Jordan, Sudan, Tunisia, Somalia. The organizers plan to increase the number of the countries from which the KhPI will accept students, as well as to increase the number of students. In addition, according to Issam Shahin, the Center’s objective will be to popularize Ukrainian culture, scientific achievements of the country and NTU “KhPI” itself among the citizens of Arab countries. The participants of the event were entertained with oriental sweets and authentic Arabian coffee.

The opening ceremony was also attended by the Vice-Rector in scientific and educational work of NTU “KhPI” Magomediemin Gasanov, the Dean of the Department for International Education Dmytro Kudiy, the representative of the Chinese universities, Ph.D. Ding Shaojie.

The opening of the NTU “KhPI” Ukrainian-Chinese scientific and educational center was held with the support of Chinese universities: Sichuan University of Science and Engineering, Chongqing Vocational Institute of Engineering, as well as their Ukrainian partner PE Shepotko.

The opening of the NTU “KhPI” Ukrainian-Arab cultural and educational center was held with the support of a graduate of the Department of Electrical Machines of the KhPI (1994), candidate of engineering sciences, the assistant to the Rector on issues of work with the students from the Middle East Issam Shahin.