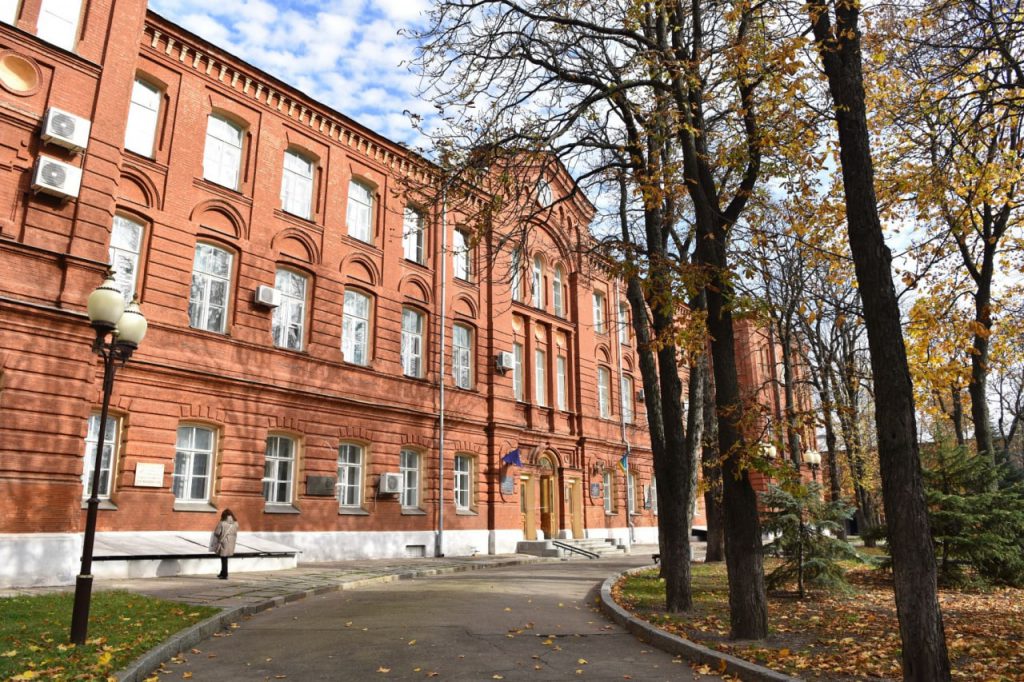 The plenary session was opened by Prof. Yevgen Sokol, Rector of NTU “KhPI” and Corresponding Member of the National Academy of Sciences of Ukraine and he delivered a report on “The Science and Education as a Basis for the Innovative Development of the State”. He stressed an important role of the Kharkiv Polytechnic and paid attention to the contributions made by the students, teachers and scientists to develop innovative products and approaches to the education.

Great honor was given to MicroCAD -2022 by the Nobel Prize winner in Physics and the Oliver Buckley Award winner, Professor of the Princeton University, member of the Royal Scientific Society (Great Britain), and the expert in the theory of condensed media Frederick Duncan Michael Haldane that spoke at the plenary session. The scientist congratulated the participants of the Conference and noted that the science continues to develop in Ukraine in spite of such hard times.

The Haldane’s speech was dedicated to the physical basics of the creation of the quantum computer «The Hope for a «Topologically-Protected Quantum Computer». The scientist spoke about the results obtained during a complicated theoretical research in the field of quantum mechanics. His report described a stepwise change in the electrical resistance in the thin layers of the material with an increase in the induction of applied magnetic field. The main physical ideas of his famous theory of one-dimensional spin chains and the theory of fractional quantum Hall effects became clear even to non-experts. In addition, the physicist stressed that the science must develop even at such hard times and he called young Ukrainian scientists to continue their search and research. “To achieve great results a scientist must be devoted to the science and have a strong character. Believe that you are exploring something wonderful, stick to your idea and fight for it”, said Prof. Frederick Duncan Michael Haldane.

Professor from the USA pledged his support to our country and Kharkiv as one of its powerful scientific centers. He expressed his gratitude to Ukrainian scientists that make a weighty contribution to the future of the country and the world on the whole. Let’s note that Prof. Frederick Duncan Michael Haldane was among the 200 Nobel laureates that signed the open “Letter 200” to support Ukraine.

Oleg Kuprygin, the chairman of the Supervisory Board of the partner of NTU KhPI, i.e. PJSC “TURBOGAS” that is one of the leading industrial companies in Ukraine also took the floor at the plenary session of MicroCAD-2022. He spoke about the combination of cutting-edge achievements in science and industry technologies. In addition, the reports were also delivered by the founder of the scientific avenue “Electrochemical Design, Diagnostics and Prediction of the Properties of Functional Coatings”, a winner of the National Award of Ukraine named after Borys Platon, the academician of the Academy of Sciences of the Higher School of Ukraine, head of the Department for Physical Chemistry of NTU “KhPI, Doctor of engineering sciences,  Professor Nikolay Sakhnenko and also Olena Avdieieva, a famous young scientist in the field of turbine construction, a winner of the award of the President of Ukraine for young scientists, PhD in engineering sciences, associate professor of the Department for Turbine Construction at NTU “KhPI”.

The participants were more than 2200 scientists, academics and experts. These are representatives of the twelve regions in Ukraine and ten foreign countries including Hungary, Germany, Bulgaria, Romania, Poland, Greece, Serbia, Kazakhstan, Georgia and Turkmenistan.

Over 50 years, the representatives of the world-famous School for Physical Thin-Film Material Science named after Lev Palatnik have been doing an intensive research at the Kharkiv Polytechnic to create thin-film instrument structures for the micro- and nanoelectronics. Therefore, these scientists were extremely interested in listening to the report of the world-class physicist Frederick Duncan Michael Haldane whose scientific papers were studied by them” — noted Gennady Khrypunov, pro-rector of NTU “KhPI”.

“I would like to express my gratitude to the organizers of the Conference. Together we look to the future and move forward!”, stressed Oleg Kuprygin, the chairman of the Supervisory Board of the PJSC “TURBOGAS”.

The presentations of the plenary session can be seen below.

The International Conference was initiated by the scientists of NTU “KhPI” and Miskolc University back in 1993. Since that time this event has transformed into international scientific forum that gives a perfect opportunity for about three thousand scientists of the world to discuss annually global problems of the development of the human civilization.

More than fifty thousand reports were delivered over the 30-year conference history. More than 350 of the would-be doctors of sciences and more than 3000 candidates of sciences and PhD approbated their thesis. This period of time keeps record of more than 150 eminent foreign quests; among them are rectors, pro-rectors, deans of the departments, professors, ministers, ambassadors, managers of different organizations and industrial companies, etc that expressed their willingness to  participate in MicroCAD.

Frederick Duncan Michael Haldane (DOB: September 14,1951) is a British physicist, Nobel Prize winner in physics in 2016 (together with Johnson Costerlitz and David Thouless), Professor of the Princeton University, Member of the London Royal Society, foreign member of the National Academy of Sciences of the USA. He is famous for his broad spectrum of the fundamental contribution to the physics of condensed state, including the theory of Luttinger liquid, theory of one-dimensional spin chains and the theory of fractional quantum Hall effect, and so on.